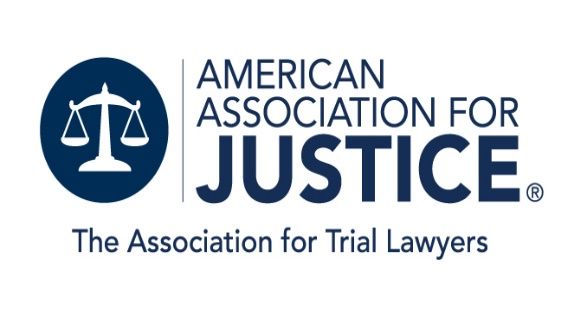 By Linda A. Lipsen, CEO, American Association for Justice

I’m very pleased to report that the Biden administration has come quickly out of the gates with a diverse set of judicial nominations. Over 25 judicial nominations have been made, and seven nominees have been confirmed by the Senate — the most confirmations at this stage of a first presidential term in over 50 years.

The Biden administration is clearly prioritizing filling the 100 plus vacancies as quickly as possible and aiming for a demographically and professionally diverse set of nominees. The vast majority of the nominees’ backgrounds include working as public defenders, civil rights attorneys, consumer advocates, and labor lawyers.

AAJ continues to work with our members, a broad coalition of advocacy organizations, the Senate, and the Biden administration to ensure that individuals who have represented Americans in every walk of life are nominated to the federal bench.

Good News on Trucking
As many of you know, the federal trucking insurance minimum was set in 1980 at $750,000 per crash and has not been increased in over 40 years, not even to keep pace with inflation. Now, I have some good news to report in our continued fight on this issue that is important to so many of you and your clients.

A provision to raise the insurance minimum to $2 million was included in the base text of the U.S. House surface transportation bill. AAJ fought to keep that provision in the bill, and I am very pleased to report that the House has now passed the bill.

Ending Forced Arbitration
Ending the rigged system of forced arbitration remains a top priority for AAJ. We continue to advance this issue, expose the lack of diversity among arbitrators, and advocate for passage of the Forced Arbitration Injustice Repeal (FAIR) Act which has been reintroduced in both the House and Senate. Please contact your members of Congress today at https://p2a.co/61QaKae to urge that they support the bill.

Also, I am pleased to report that on July 14, a bipartisan group of legislators — Senators Lindsey Graham (R-SC), Kirsten Gillibrand (D-NY), and Dick Durbin (D-IL) and Representatives Morgan Griffith (R-VA), Cheri Bustos (D-IL), and Pramila Jayapal (D-WA) — introduced the Ending Forced Arbitration of Sexual Assault & Sexual Harassment Act to prohibit the use of forced arbitration in sexual assault and sexual harassment claims. I will keep you informed as this important legislation progresses.

We will continue to keep you updated on federal rule changes, as the same rules often are adopted at the state level.

Important Informal Comment Period – Open Now
A Discovery Subcommittee of the Advisory Committee on Civil Rules has requested public comments on privilege log practice as part of an informal comment period that runs from now until August 1, 2021; however, comments can be submitted after this date. The subcommittee is considering whether to update Rule 26(b)(5)(A) regarding privilege logs. AAJ knows that there are many concerns related to privilege logs and wants members to make their concerns known. We encourage you to write and submit a comment on your firm’s letterhead outlining any issues or problems with privilege logs that you want the committee to be aware of. For more information, including how to submit a comment, please email Sue Steinman at susan.steinman@justice.org or Amy Brogioli at amy.brogioli@justice.org.

Fighting for You and Your Clients
Thank you for your continued support. AAJ will continue to fight all attempts to deny access to justice. We will keep you informed about important developments and welcome your input. You can reach me at advocacy@justice.org.